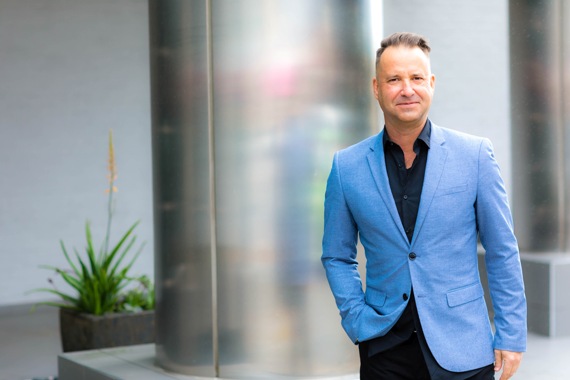 For over twenty-five years Rob has designed his career in  brand management and art direction, video production, technology, and marketing with sound leadership and strategic disciplines.

Whether you are looking to design a new website, or produce a new commercial or live broadcast your next event, or develop custom software for an augmented reality mobile app, Rob takes great satisfaction in producing unique solutions that are as entertaining as they are successful.

“Everything starts with an idea. Success only comes when the dream turns into market share.”  Rob designs strategies and takes ideas to market that bring product and customer development perfection in every detail, everytime to his work.

Rob is a digital agency Co-Founder of PopTech Studio, start-up entrepreneur and Co-Founder of Swiss Precision, Hopeful Intention, and B Side Vinyl.

He also served on the Board of the 3DX and was a member of the Board of Advisers at HotClick Video, acquired by Cinsay, Inc. Rob represented OnlineShowOff.com / ModelShowOff.com through the entire life cycle in an acquisition, purchased by Action Media. He is a Co-Founder and Angel Investor of Conectados.com. Rob was a Producer and Angel Investor in Independent Video Show (IVS). He was a Co-Founder of The iFirm, Inc., creator and developer of TV Desktop. He was the Founder of Boomshaka Music Online, one of the Internet’s first (1994) online music magazines. Rob has a passion for where he is a voluteer at Homeboy Industries, and lives in Los Angeles, California. 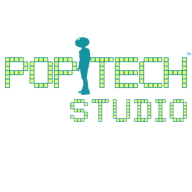 “Nothing brings me greater satisfaction than knowing I’ve brought the best solutions to a project that are unique and entertaining, and that exceeds the client’s sales or branding objectives. I love new ideas that open minds to the creative world of design and technology, and I thrive on opportunities for making an impact and adding value to companies.”

Rob has a passion for music, artists, live streaming, technology, and video production. He was a producer  (from 2004-2011) independent hip hop and rock TV show called Independent Video Show (IVS), where he produced over 50 celebrity interviews, red carpet celebrity interviews and events, around hip hop music video programming. IVS had record breaking unique viewers during the live internet broadcasts w/ chat by setting up a live distribution and marketing partnership with Justin.tv. Rob  secured distribution for IVS in North America on IPTV, mobile and cable TV for HavocTV on DirectTV — On Demand and Channel 101, an interactive television show where viewers can text in their CHAT messages live to the screen and VOTE for their favorite music videos in the playlist using the shortcode. He also secured syndication for IVS in South Africa and Indonesia.

Rob is always excited to discover new creative and executive opportunities with clients, and he is open to learn about your non-profit or joining your board to understand how he can provide value.